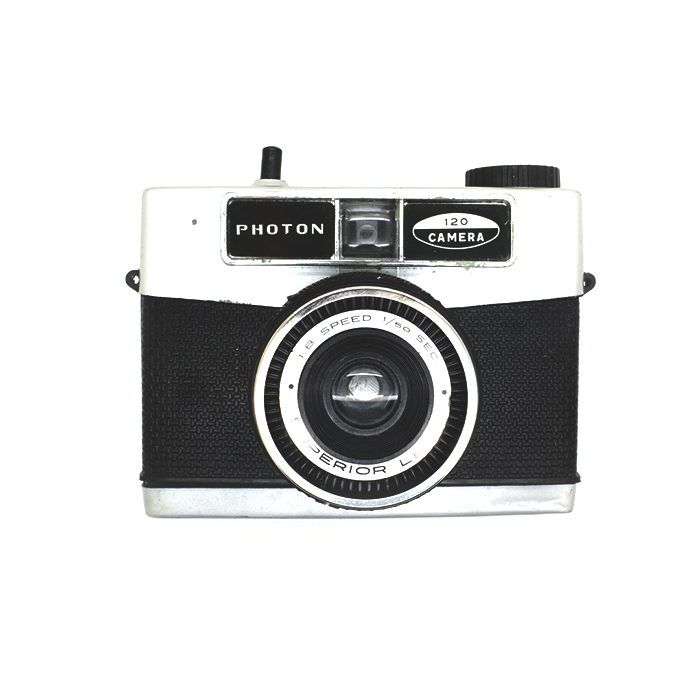 The Photon camera is said to be a clone of the Diana De Luxe.

While the Diana De Luxe is typically considered a variant of the Diana, in fact it has a number of significant differences. First, the De Luxe exposes twelve 6×6 cm images per roll of 120 film, using its full width. (A regular Diana exposes sixteen frames of 4×4 cm onto the roll, wasting some of the film width.) Because the simple lens of the De Luxe is required to cover a larger image circle, its film gate is curved[1] to reduce the effects of aberration in the image corners.

Also, the Diana De Luxe is equipped with a functioning hot shoe, and a top-mounted shutter release. The lens may be labeled Plasicion or Plasticon; this is surrounded by a chrome trim piece which often falls off due to the flimsy adhesive used to attach it.

The Diana De Luxe is known under several alternate names, such as the Dana 120 Flash, Porst Happy, Photon 120 Camera, Colorflash De Luxe and Elflex De Luxe. It is suggestive that the odd lens name Plasicion also appears on the Bedfordflex and her pseudo TLR sisters.