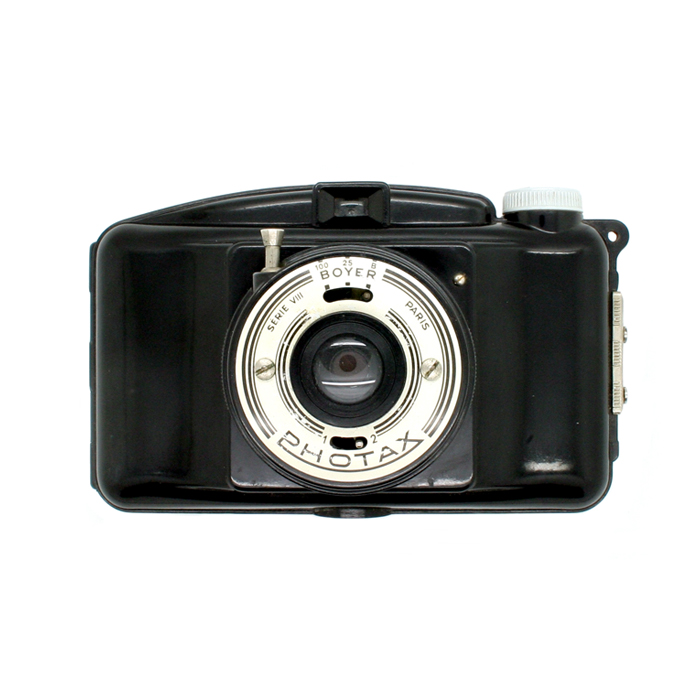 Photax was one of the earliest bakelite cameras which had the spiral retractable lens on the camera. It is said to have inspired other other camera designs like the Druopta’sPionyr, Corina, WZFO’s Druh and many other similiar cameras.

The Photax IIIVA is similiar to the Photax III except of the loading mechanics which is made simplier and the absence of the synchro-flash.