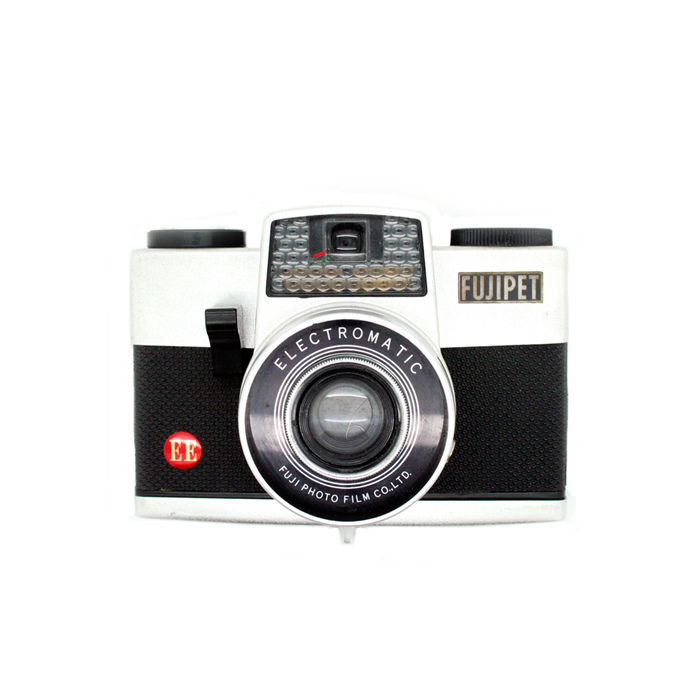 The Fujipet 120 EE was introduced in 1961. Although a later version of the Fujipet series, Fujipet EE was not known as an improved version of the Fujipet Thunderbird. It uses no batteries, just a selenium cell to move a snappy variable slot aperture over the opening depending on how much light there is. There isn’t much controls on the shutter speed and the absence of the B settings makes this camera very limited to daylight photography.

The Fujipet EE takes 6×6 cm  exposures on 120 film. The later models had a meter sensitivity selector knob by the left side of the lens.