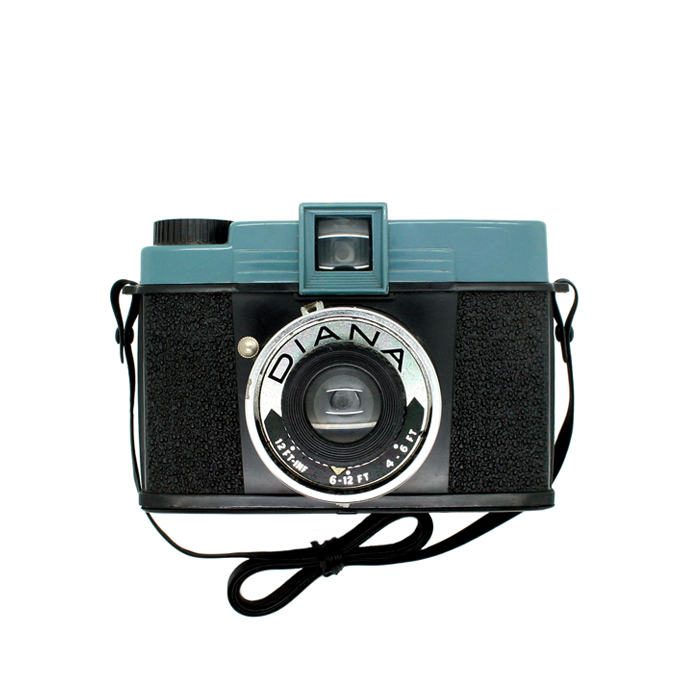 The original Diana camera. A gift from Cindy Cyanwater in 2005.

The Diana camera is a toy camera that originated in the 1960s produced by the Great Wall Plastic Co. in China. The plastic lens often encourages vignetting and soft images. Because of wide variances in production quality, combined with a poorly designed camera body latching mechanism, Diana cameras are predisposed to light leaks onto the exposed film.

There are over hundreds of similar variants, clones and copies having different names and even as distributed along side with big names like reader digest.