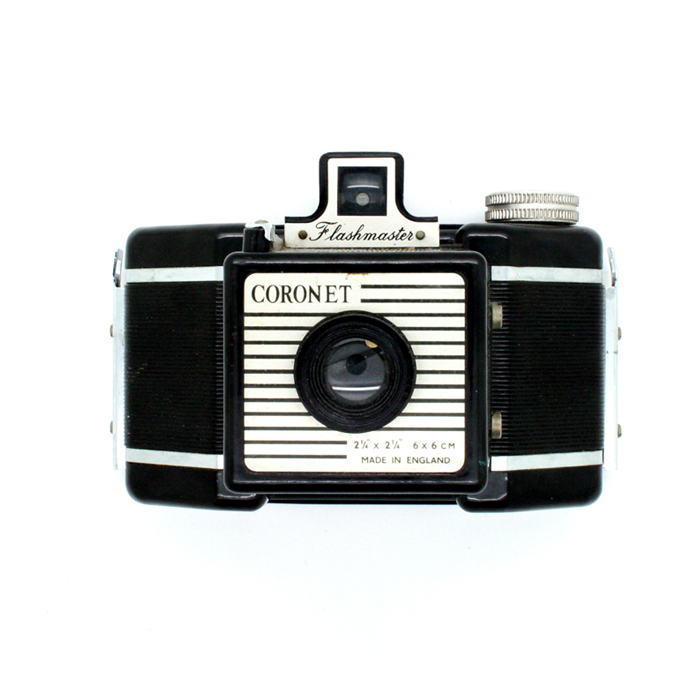 Coronet was formed around 1926 by F. W. Pettifer in Aston, Birmingham and mainly manufactured large numbers of cheap box and folding cameras. Many of its cameras were distributed via premium schemes or mail order catalogues. Most of its pre-war box cameras and post 1945 plastic moulded cameras appear with different nameplates and lens panel styles.

Close links exist between Coronet, Standard Cameras Ltd. and Conway Cameras with molds and body parts being interchangeable, however the complete extent of this link is not known. Over 50 different types of Coronet cameras exist.

The Flashmaster is a circa-1954 camera from Coronet, with an angular bakelite body and eye-level viewing. The Flashmaster takes 6×6 cm exposures on 120 film.

The body of the Flashmaster is shared by the Cadet, and the Coronet 6-6.
More information :-
http://camerapedia.wikia.com/wiki/Coronet