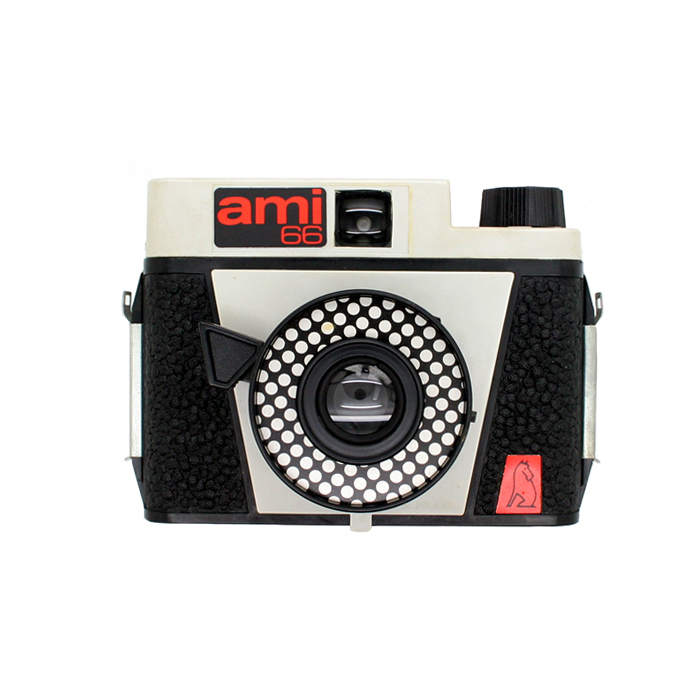 This is the first Ami camera which I own. It was mentioned as the ‘Polish’ Holga/Diana camera.

Although released later, it wasn’t an ‘improvement’ of the Ami 2. It was more of an improvement on the original Ami camera. The Ami 66 had a circle of fake photocells in front of the lens. The lens is again similiar to that of the Ami instead of Ami 2.  The camera is generally a modernized and simplified original Ami, offering the same performance with a B setting added.