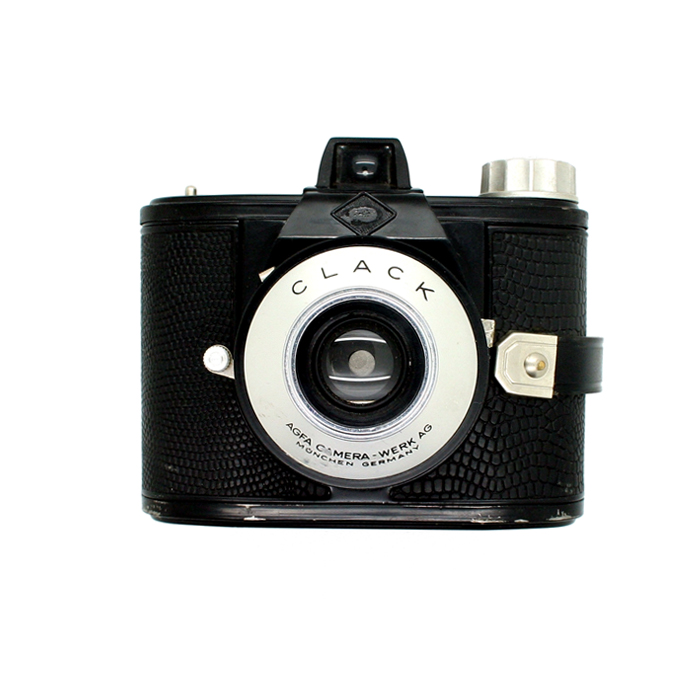 The Clack camera was manufactured by Agfa 1954-65. It is a simple, box-like camera, with a single-element 95mm meniscus lens with built-in close-up lens. It uses 120 film. Earlier models have built-in yellow filters but the aperture size of f12.5 is absent.

The interesting thing about this camera is the frame size. It takes a huge 6×9 frame. Another interesting feature is the curved film plane. There isn’t a pressure plate to flatten the film. The oval shaped camera body enables the film to be led around the curved back of the camera to create maximum sharpness. It comes with 2 apertures, f11 and f 12.5 and a very slow shutter speed (~1/30), probably to compensate for the small aperture size. The switch to change the apertures consist of another mode, the close-up. It switches in another lens internally for the close-up feature.